If becoming proficient in self-defence was the only goal of karate it would have minimal worth. Self-defence training is a martial training but that does not necessarily make it a martial art. In a martial art, attaining proficiency in self defence is merely the path to a goal that is more important and more difficult to achieve. That goal is improvement of character and respect and consideration for others. Melbourne University Karate Club Inc. practises a martial art.

Club’s approach: The Club endeavours to take a balanced approach to all the elements of karate. Those elements include –

Balance is important because the emphasis students place on the different elements of martial arts changes with time. A balanced approach gives members the opportunity to explore different aspects of the art as their martial arts knowledge increases.

What happens in a training session:

The Club was founded in 1968. This makes it one of the oldest karate clubs in Australia. It trains in a style that is based mainly on the Shuri-te (Okinawan)/Shotokan (Japanese) karate style. It also incorporates aspects of other styles, in particular ba gua (Chinese martial art) and savate (French kick boxing).

The atmosphere is focused, but being a university club, it is less formal and is more social than most martial arts clubs.

Members come from a wide range of backgrounds – from first year students to members of staff, lecturers and graduates to people outside the university. All are welcome. 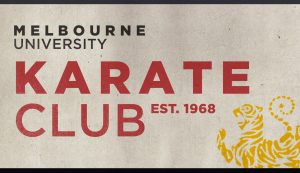 Follow us on our Facebook Page for all the latest updates about the club. We regularly host social dinners and events as well as get involved with competitions.

Where to find us 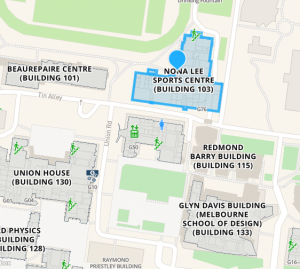